Can Kat Von D Lockit down..?

Kat Von D has been very outspoken when it's come to animal testing, and her products being vegan, so it makes sense that her makeup range is every tattooed ladies go to make up.
I have been using her products since I would have to give a list of items to anyone heading over to america to grab me them off the shelves of Sephora.
Recently Kat Von D make up has hit most large Debenhams around the country, and thankfully not a teeny tiny make up stall, but a full stand with dedicated make up artists to help with your every need.
You can also order it all online via the Debenhams website. 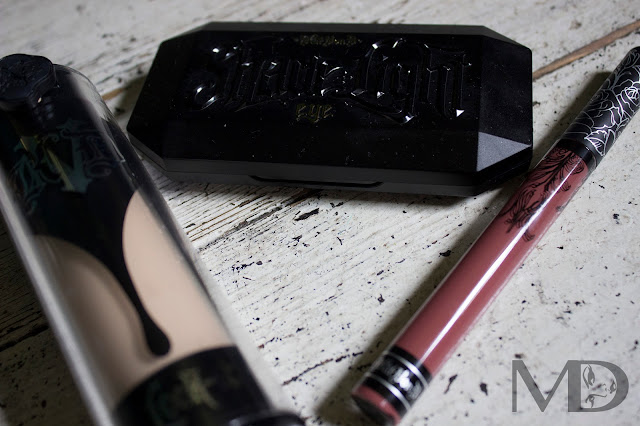 Another thing that has changed since I used to get it bought for me from USA is the packaging, I have read since that since her factory has switched, along with the designs of all the packaging apart from her lipsticks, which have kept to their original design.
As luxury high end brands go, the prices aren't too high, with lipsticks retailing at £17.00, foundations retailing at £27.00 I have definitely spent more on lesser products.
I have also found that a little goes a long way with her products, the last foundation I used was bought a year or two ago, and I've only just almost ran out. 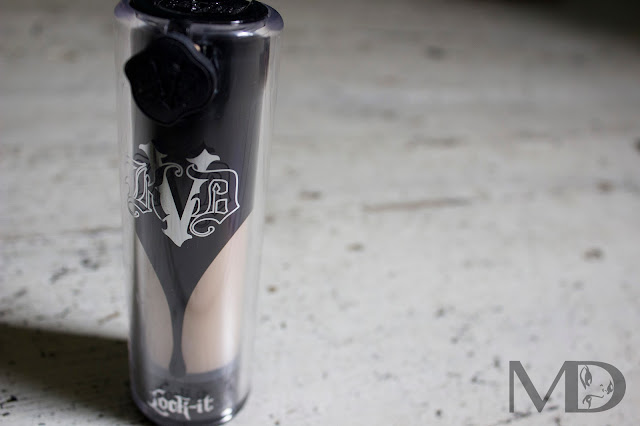 The foundation is fairly high coverage, but this does mean it's a bit heavier on the skin when applying than some others.
As the coverage is high it's worth getting a colour match, and also a sample to try it out for yourself in different lighting, if the shade you buy isn't spot on it is trickier to make it work on the skin quite so well.
My trick for this is to use a silicone beauty blender to spread a small amount around the skin before using a sponge blender, made wet using MAC studio fix spray, to settle it nicely and more naturally into the skin.
Using this technique saves you a lot of foundation as a small blob is enough to cover my skin when applying it in this fashion.
There are 30 different shade available in this foundation, from white pale through to what they label as "deep", so there is quite a lot of options suitable for most. 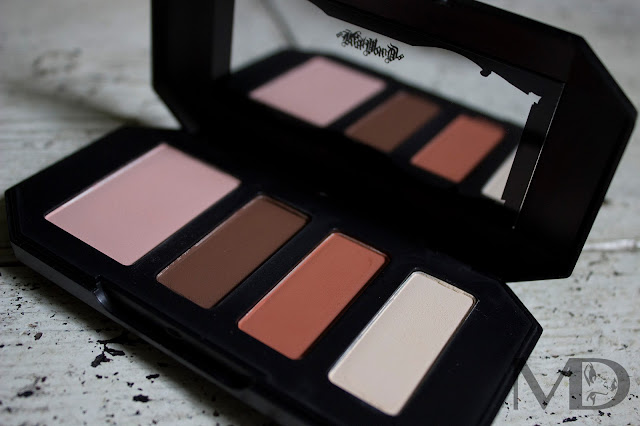 I hadn't tried the Kat Von D eyeshadows before, the popular palettes either sell out too quickly, or I just do not have the money to afford them.
After eyeing up their single pigment crushed metallic eyeshadows costing £16.00 each, I opted for this Shade and Light palette in Rust as it was only £17.00, and is the perfect travel sized palette for going to shows and events.
They are very buttery, a lot more than I expected, and this did mean a fair amount of droppage, but the pigment was strong and they blended easily together, they also lasted all night which is a huge bonus and thumbs up from me.
I can tell already that I may end up picking up one or two of the other palettes in this collection too as there is a very nice range, and seemingly idiot proof which is good for me, who only recently began to wear eyeshadow at all! 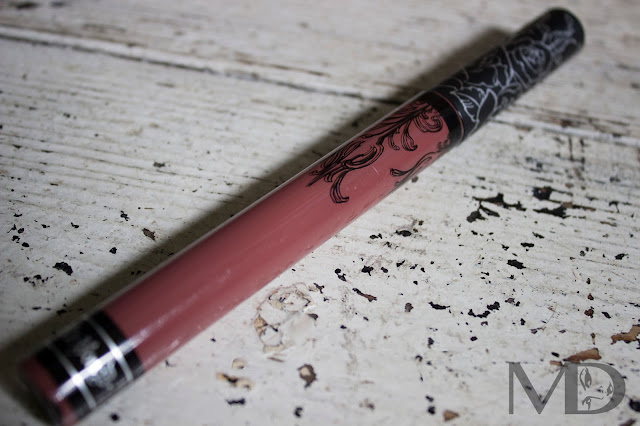 I've used Kat Von D Everlasting Liquid Lipstick before, and while I loved the longevity on the lips, plus how light it feels, I was a little disappointed when the very pretty packaging wore away and I will be interested to see if this new manufacturers have rectified that problem.
Having been a red lip everyday kinda lady, I've started to experiment more with muted lip colours, and just had to try this Lolita I.
I'm not hugely keen on the name, given the connotations, but her lipsticks have caused controversy before regarding worse names which have not changed, tho it makes me wonder who okays it.
This colour is a little darker than it appears in the tube, and I will forever wonder if I should have gone with Lolita II instead, or until I buy that one also... 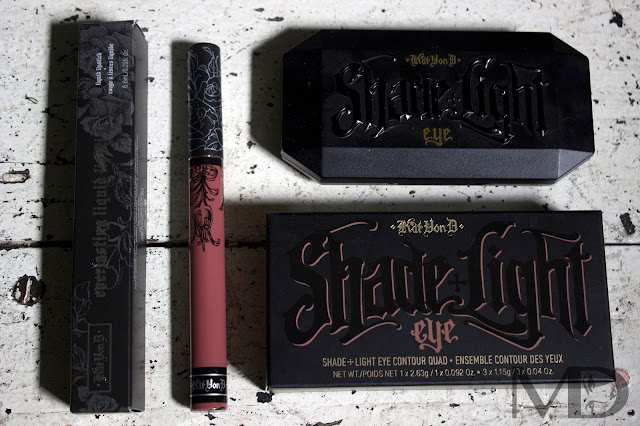 The packaging I find very appealing as it's not too girly, but also not too sterile. It's a lot more grown up without it being too serious and I love the flower pattern used on some of the boxes like the lipstick box on the left.
However as Kat is quite outspoken on the anti animal testing I was confused at the lack of labelling to that affect on the packaging, no leaping bunny, or even a line about how the products were tested which I was expecting to see.
Overall I'm quite pleased with all of the make up I used, you can see the look I created with them and our new glitter Kiki in the video below.
Do you have a Kat Von D favourite? 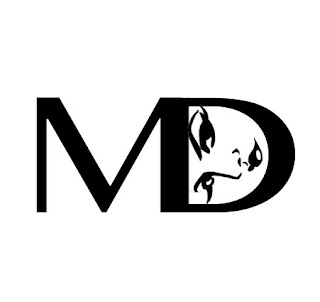 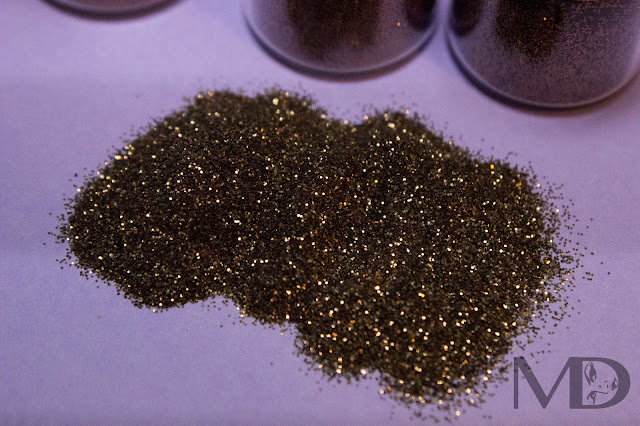